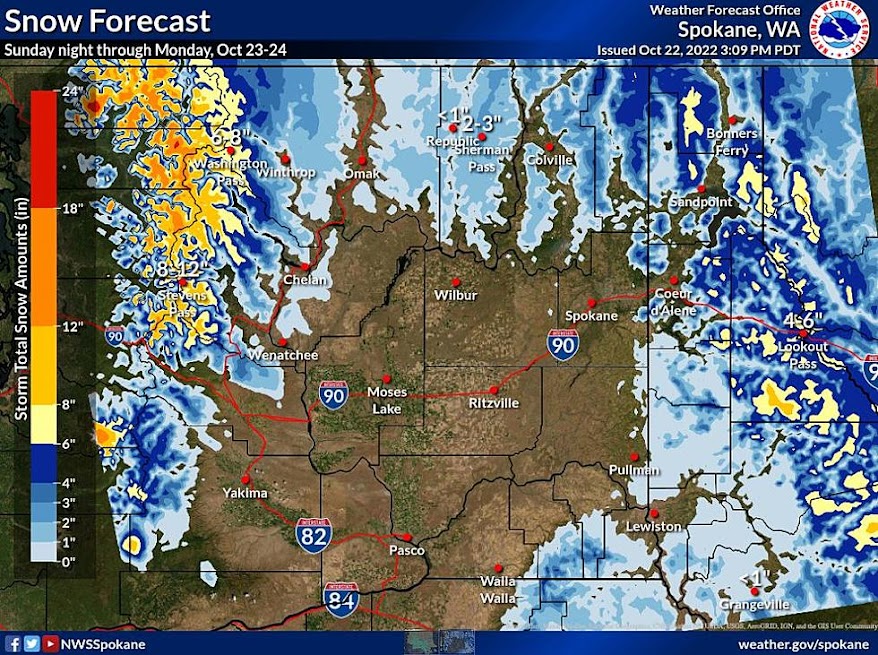 The North Central region is going to see increased snow and rain this week, lowering fire activity for the White River and Irving Peak fires.

Cooler temperatures are expected to minimize fire activity for the White River and Irving Peak Fires.

Air quality levels are expected to improve and the amount of smoke in the air to further dissipate.

Sunday is going to be the driest day of the week. Expect freezing temperatures on Monday and Tuesday.

In lower elevated areas such as Wenatchee, Cashmere, Rock Island, and East Wenatchee, rain will persist through the week.

This weather is projected to persist well into Friday. 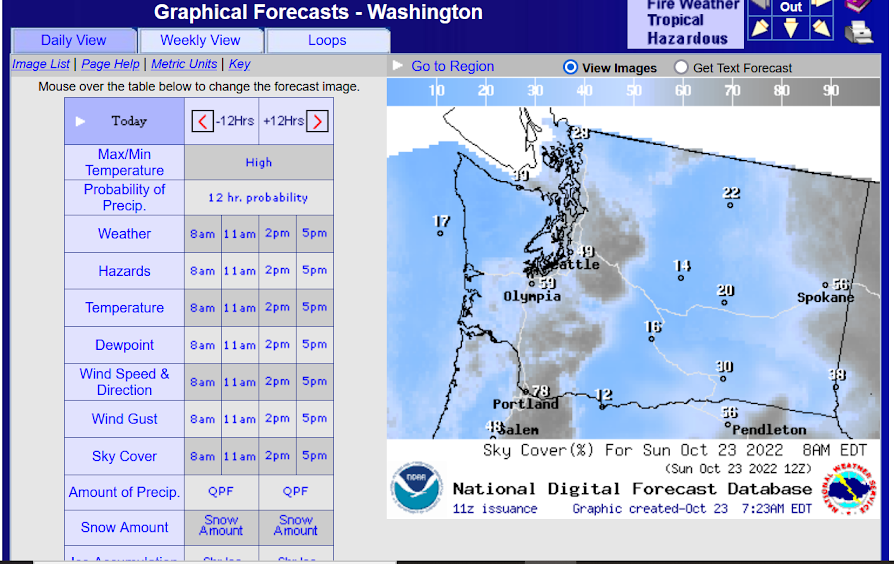