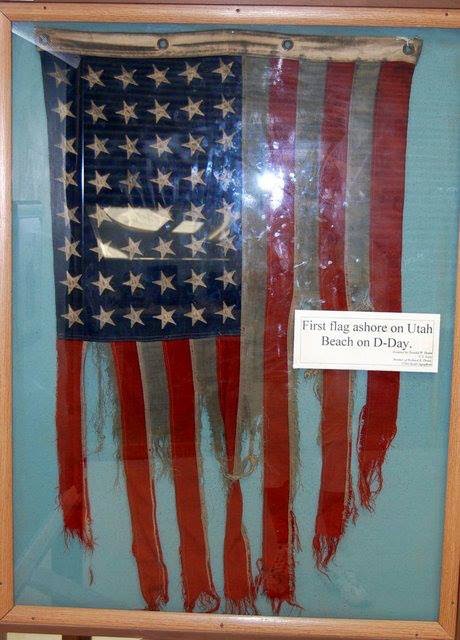 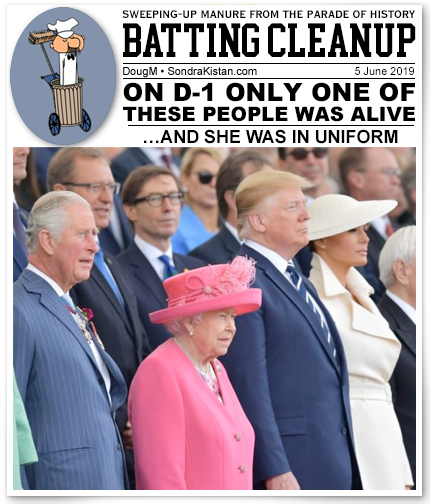 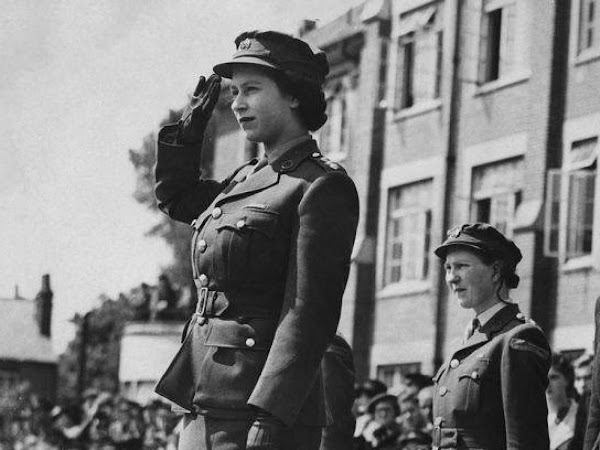 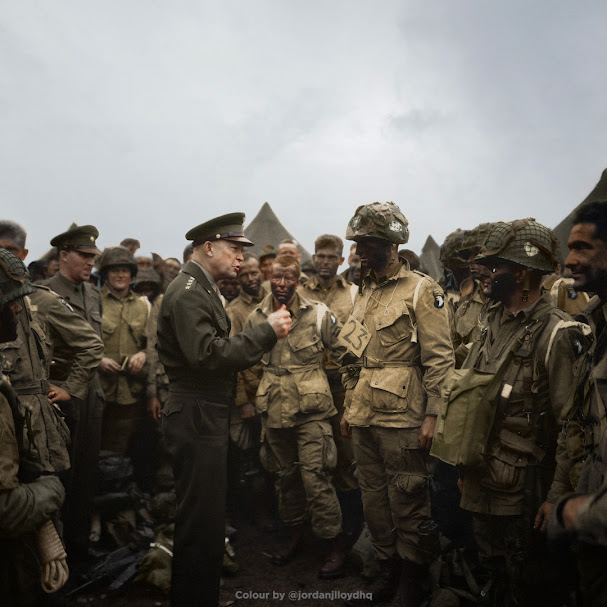 “The eyes of the world are upon you."
June 5th, 1944
One day before D-Day
1944 – World War II: Battle of Normandy begins.
D-Day, code named Operation Overlord, commences with the landing of 155,000 Allied troops on the beaches of Normandy in France. The allied soldiers quickly break through the Atlantic Wall and push inland in the largest amphibious military operation in history. Watch the opening scenes of
“Saving Private Ryan”. 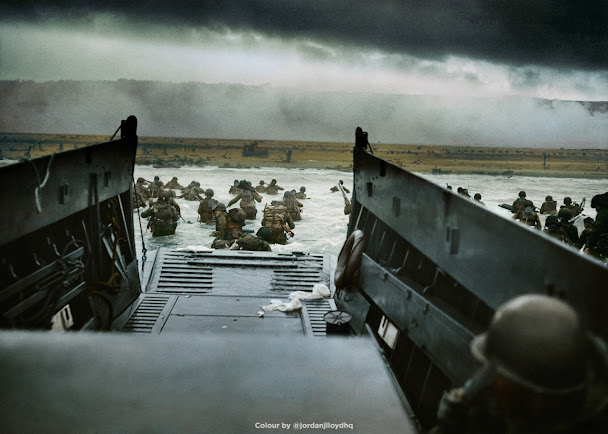 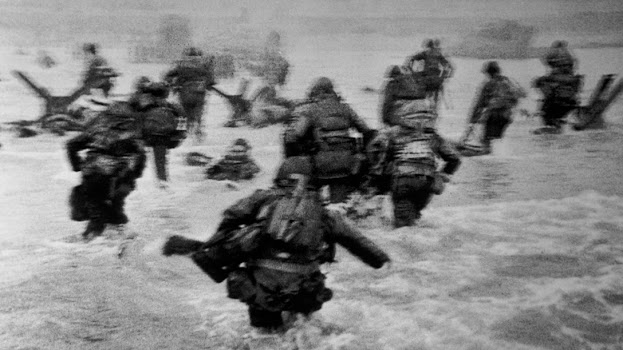 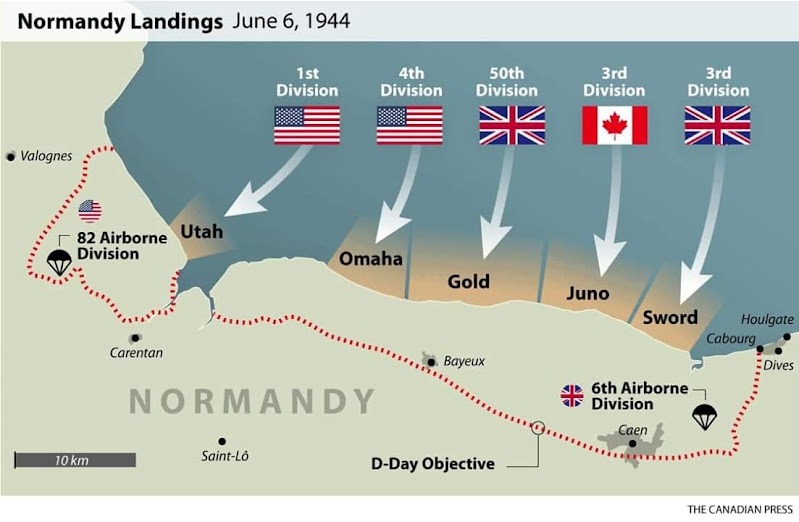 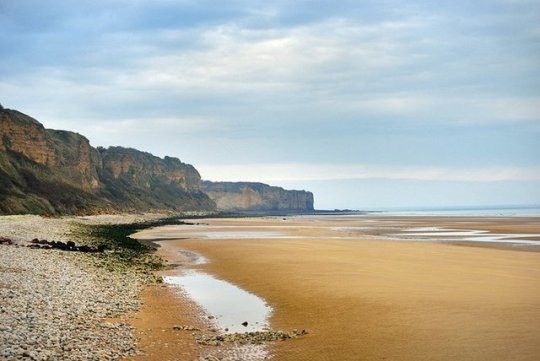 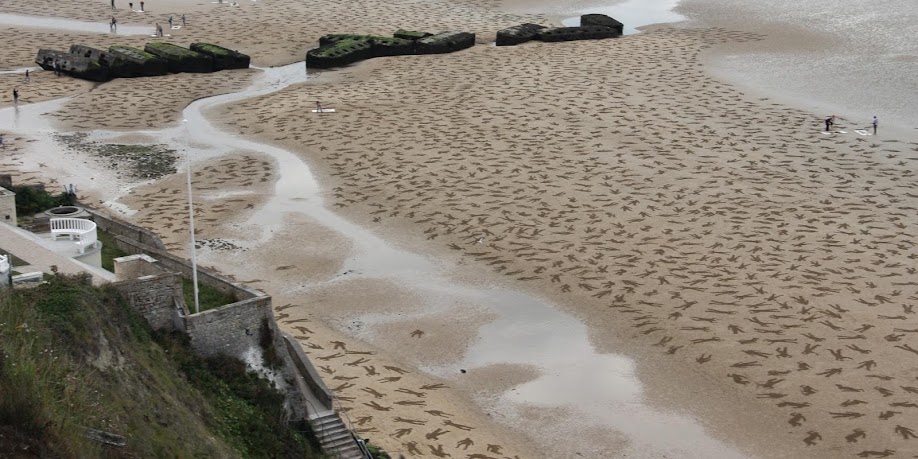 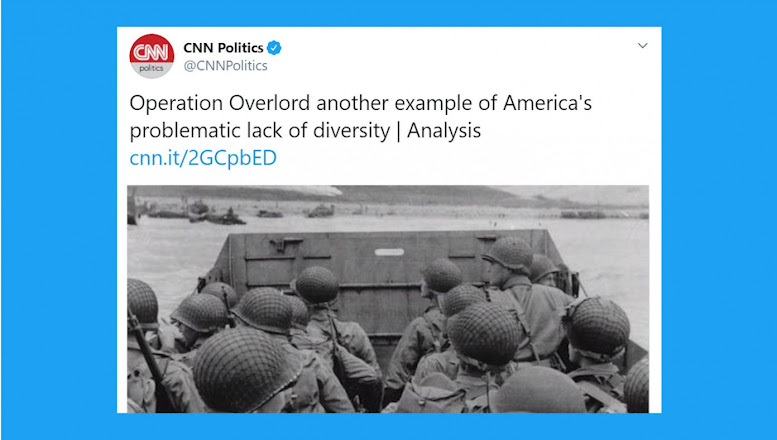 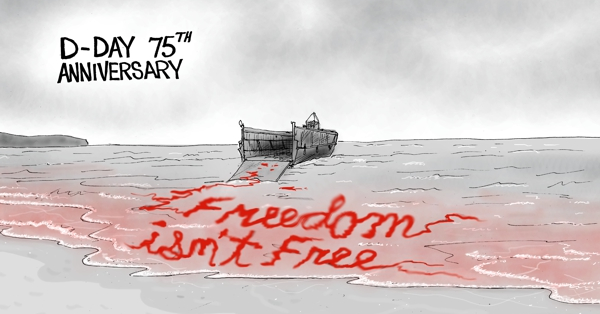 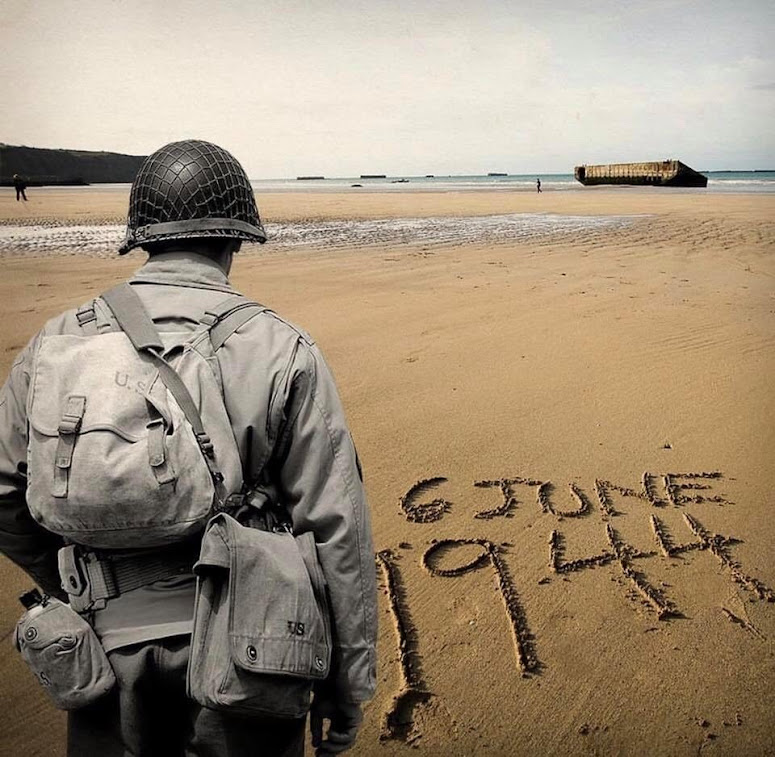 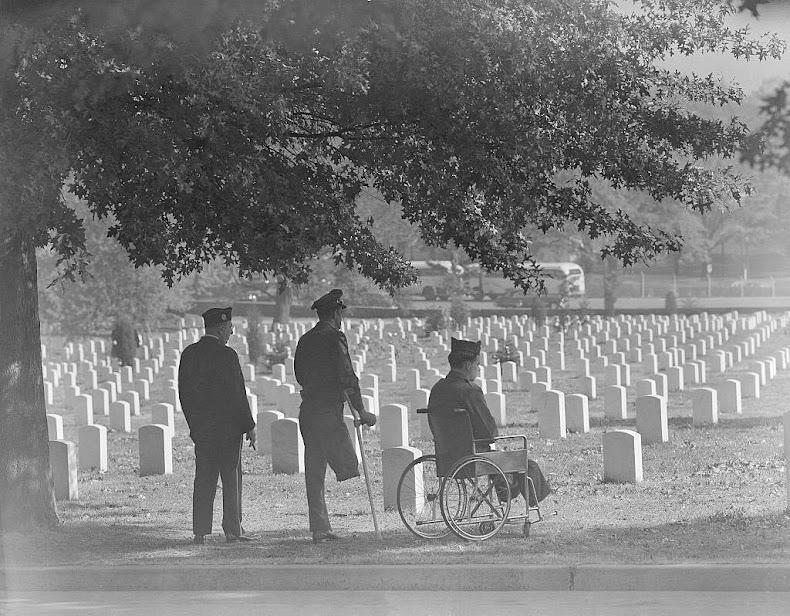 This 1967 true story is about an experience by a young 12-year-old boy in Kingston, Ontario, Canada.  It is about the vivid memory of a privately rebuilt P-51 from WW II and its famous owner/pilot.

In the morning sun, I could not believe my eyes.  There, in our little airport, sat a majestic P-51.  They said it had flown in during the night from some U.S. Airport, on its way to an air show.  The pilot had been tired, so he just happened to choose Kingston for his stopover.  It was to take to the air very soon.  I marveled at the size of the plane, dwarfing the Pipers and Canucks tied down by her.  It was much larger than in the movies.  She glistened in the sun like a bulwark of security from days gone by.

The pilot arrived by cab, paid the driver, and then stepped into the pilot's lounge.  He was an older man; his wavy hair was gray and tossed.  It looked like it might have been combed, say, around the turn of the century.  His flight jacket was checked, creased and worn - it smelled old and genuine.  Old Glory was prominently sewn to its shoulders. He projected a quiet air of proficiency and pride devoid of arrogance.

He filed a quick flight plan to Montreal ("Expo-67 Air Show") then walked across the tarmac.

After taking several minutes to perform his walk-around check, the tall, lanky man returned to the flight lounge to ask if anyone would be available to stand by with fire extinguishers while he "flashed the old bird up, just to be safe."  Though only 12 at the time I was allowed to stand by with an extinguisher after brief instruction on its use -- "If you see a fire, point, then pull this lever!", he said. (I later became a firefighter, but that's another story.)

The air around the exhaust manifolds shimmered like a mirror from fuel fumes as the huge prop started to rotate.  One manifold, then another, and yet another barked -- I stepped back with the others.  In moments the Packard-built Merlin engine came to life with a thunderous roar.  Blue flames knifed from her manifolds with an arrogant snarl.  I looked at the others' faces; there was no concern.  I lowered the bell of my extinguisher.  One of the guys signaled to walk back to the lounge.  We did. Several minutes later we could hear the pilot doing his pre-flight run-up.  He'd taxied to the end of runway 19, out of sight.  All went quiet for several seconds.  We ran to the second story deck to see if we could catch a glimpse of the P-51 as she started down the runway.  We could not.  There we stood, eyes fixed at a spot halfway down the runway.

Then a roar ripped across the field, much louder than before.  Like a furious hell spawn set loose -- something mighty this way was coming.

"Listen to that thing!" said the controller.

In seconds the Mustang burst into our line of sight.  Its tail was already off the runway and it was great moving faster than anything I'd ever seen.  Two-thirds the way down 19 the Mustang was airborne with her gear going up.  The prop tips were supersonic. We clasped our ears as the Mustang climbed hellishly fast into the circuit to be eaten up by the dog-day haze.  We stood for a few moments, in stunned silence, trying to digest what we'd just seen.

The radio controller rushed by me to the radio.  "Kingston tower calling Mustang?"  He looked back to us as he waited for an acknowledgment.

The radio crackled, "Go ahead, Kingston."

"Roger, Mustang.  Kingston tower would like to advise the circuit is clear for a low-level pass."

I stood in shock because the controller had just, more or less, asked the pilot to return for an impromptu air show!

The controller looked at us.  "Well, What?"  He asked.  "I can't let that guy go without asking.  I couldn't forgive myself!"

The radio crackled once again, "Kingston, do I have permission for a low-level pass, east to west, across the field?"  "Roger, Mustang, the circuit is clear for an east to west pass."

We rushed back onto the second-story deck, eyes fixed toward the eastern haze.

The sound was subtle at first, a high-pitched whine, a muffled screech, a distant scream.  Moments later the P-51 burst through the haze.  Her airframe straining against positive G's and gravity. Her wing tips spilling contrails of condensed air, prop-tips again supersonic.  The burnished bird blasted across the eastern margin of the field shredding and tearing the air.  At about 500 mph and 150 yards from where we stood she passed with the old American pilot saluting.

I've never wanted to be an American more than on that day!  It was a time when many nations in the world looked to America as their big brother.  A steady and even-handed beacon of security who navigated difficult political water with grace and style; not unlike the old American pilot who'd just flown into my memory. He was proud, not arrogant; humble, not a braggart; old and honest,  projecting  an  aura  of  America  at  its  best.

That America will return one day!  I know he will!  Until that time, I'll just send off this story.  Call it a loving salute to a Country, and especially to that old American pilot: the late JIMMY STEWART  (1908-1997), Actor, real WW II Hero (Commander of a US Army Air Force Bomber Wing stationed in England), and a USAF Reserves Brigadier General, who wove a wonderfully fantastic memory for a young Canadian boy that's lasted a lifetime.