So THAT'S how he got to be a Black Beauty: Inside the painstaking grooming regime of the world's most handsome horse

When you have a reputation as the world’s most handsome horse to maintain, then having your hair done is quite a performance.
But for Frederik the Great, whose renown as an international equine heart-throb was revealed in the Mail earlier this week, there is no need to hoof it down to a salon — he has his own ‘wash stall’ at his luxury stable.
As our exclusive photographs illustrating the secrets of his beauty regime reveal, the sleek black stallion is joined by three grooms for the two-hour process of washing his 6ft long mane and his tail. 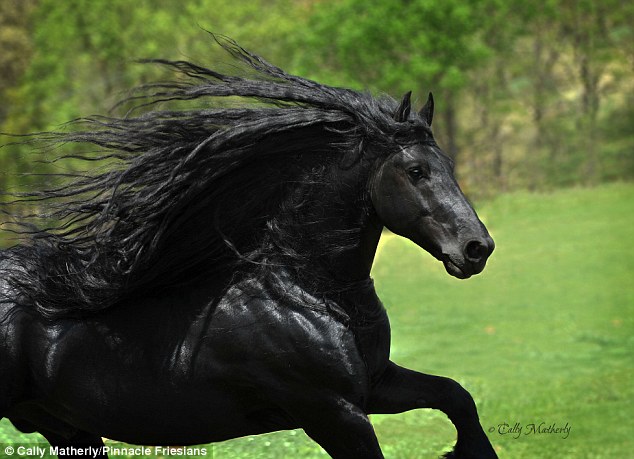 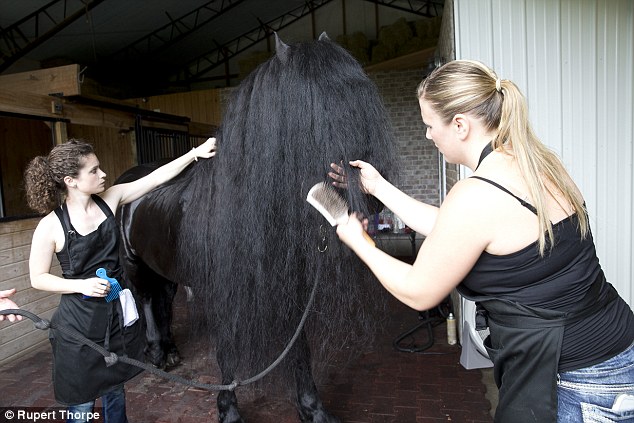 He is gently tethered by two ropes so he doesn’t move his head around too much before the painstaking work begins with a thorough comb.

Two of the stable hands work on his mane and one on his tail, which are given two shampoos and two rinses with hoses, before conditioner is applied before a final rinse.

His owner Stacy Nazario tells the Mail: ‘We use gallons and gallons of water and everyone gets soaking wet, but has tremendous fun.

‘Frederik absolutely loves it. He adores being pampered — who wouldn’t? Most horses get tired of being stuck in a stall for that long, but he’s so good natured.
‘And he gets a lot of attention — and plenty of his favourite carrots to keep him happy.’
After the shampoo and condition with special equine beauty products, the rest of his body is washed, too, and tended to with a tool called a scrape, which removes excess oil and water. Then, commercial blow-dryers are used, followed by more combing of his glorious locks.

Wash: Two of the stable hands work on Frederick's mane and one on his tail, which are given two shampoos and two rinses with hoses, before conditioner is applied before a final rinse (pictured, his owner Stacy Nazario pulls out his long mane) 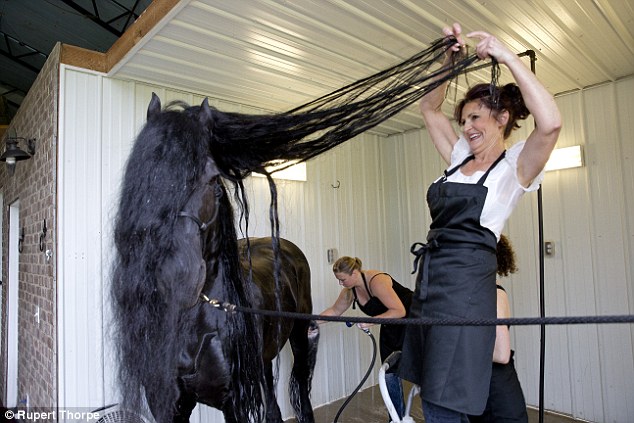 Parting of the ways: Frederik's owner Stacy said he gets through ten combs and brushes a month due to his meticulous regime (pictured, stable hands comb sections of his mane)

Mrs Nazario says: ‘Frederik gets through about ten combs and brushes a month. He has probably got more beauty supplies than ten women put together.’
After his wash, his hair is braided as a temporary change of style from his normal flowing locks, which have won him an army of admirers.
And then he wants to play, so he is led outside to ‘put on a little show’ for our photographer by shaking his famous mane.
Frederik’s videos have been viewed by millions worldwide on YouTube, more than 13,000 people ‘like’ his Facebook page and he’s in a range of prints, posters and greetings cards. He’s even been offered movie roles.
Stacy braids Frederik's impressive mane to give him a change in style after his wash 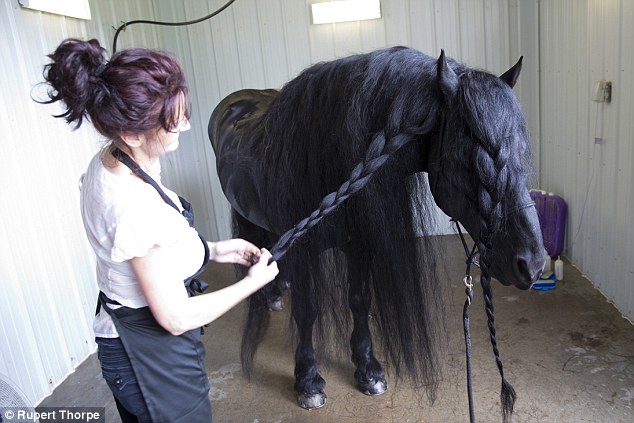 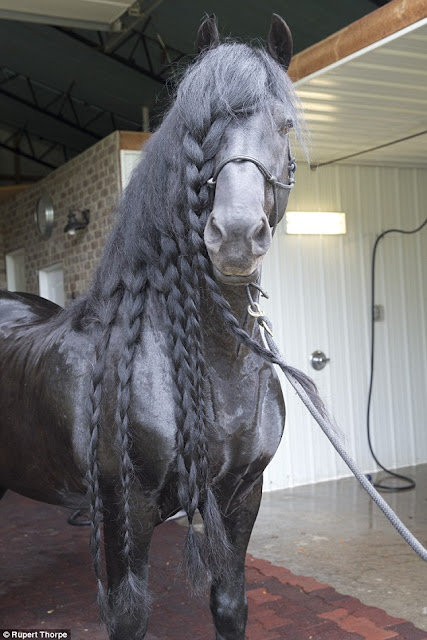 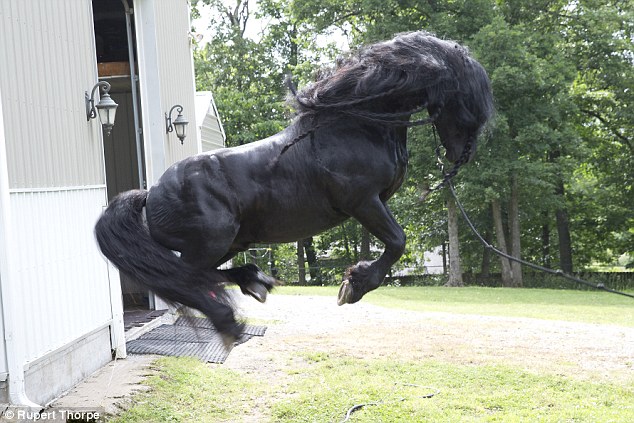